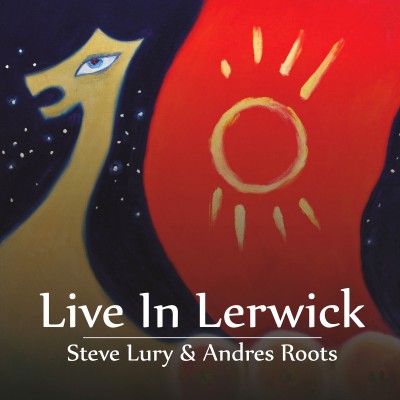 Recorded over two nights at the Shetland Blues Festival in September 2013, "Live In Lerwick" presents veteran English harpist/vocalist Steve Lury and Estonian slide guitarist Andres Roots live at the sold-out Mareel Hall in Lerwick, Shetland – technically still in the UK, but in reality halfway from Scotland to Norway. Backed by Estonian bassist Peeter Piik and – on three tracks – Scottish drummer Paul Archibald, Lury and Roots jam their way through swinging blues classics by everyone from Memphis Minnie to Junior Wells, culminating with their set at the festival's Muddy Waters Night, celebrating the centennial of the legendary Chicago bluesman.

In 2009, the acclaimed Estonian alt.blues trio Bullfrog Brown put out their most popular album to date, "Bullfrog Brown with Steve Lury". Now, Roots, Piik and Lury are back again with what might be considered a sequel, but one that ups the ante even further: this time around, it's tradititional postwar Chicago blues all the way, recorded in sterling quality and dripping with the excitement of a live experience.